Master Peter G. Oien has been training in the Martial arts for over 37 years and has been teaching for 33 years. He holds a 7th degree black belt in the Korean Art of Tang Soo Do and a 4th Degree Master ranking in the Korean sword art of Haidong Gumdo. He certified for his first two degrees, 1st and 2nd under the Founder of Tang Soo Do, Grand Master Hwang Kee and received all of his first 6 degrees of black belt directly from Korea. Master Oien has had many accomplishments over the years some of which are: 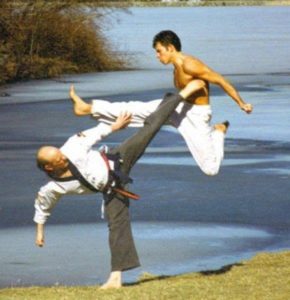 1984 Studied Chilsung Hyung, Chi and life energy philosophy, under Grand Master Hwang, Kee and Grand Master Hwang, Hun Chil
• 1984 Instructor of the year under the International Tang Soo Do Federation
• 1986 Competed on the 5 man US sparring team at the Canadian National Exhibitions in Ontario Canada
• 1988 Mens Black Belt Sparring Grand Champion at the Trump Plaza Hotel Atlantic City
• 1989 Mens Heavy weight Black Belt champion at the Tropicana Hotel Atlantic City
• 1990 Founded the North American Tang Soo Do Association.
• 1992 Induction into the International Karate And Kick Boxing Hall Of Fame located in Cleveland Ohio for his teachings of traditional Martial Art along side of other inductees such as Chuck Norris, Joe Lewis, Bill Wallace, and Bruce Lee.
• 1993 opened NAKF location in Irwin PA
• 1995 Featured in Inside Tae Kwon Do magazine on Total Mind and Body Training
• 1996 Featured in Inside Tae Kwon Do magazine on Keeping the Faith with Tang Soo Do.
• 1996 Featured in Kung Fu magazine
• 1996 Induction into the US Martial Arts Hall Of Fame
• 1996 Opened up NAKF location in Murrysville PA
• 2000 opened NAKF location in Anchorage AK
• 2006 Induction into the American Tang Soo Do Association Hall Of Fame 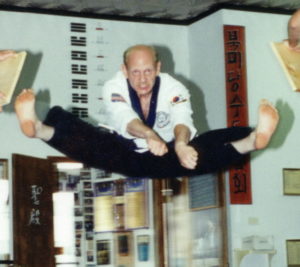 Master Oien has been featured in, Inside Tae Kwon Do and Kung Fu Magazines.

He has been training in Korea and the US in Haidong Gurndo since 2001 where he attained the rank of US Chief Master one of only 5 in the United States.

The North American Tang Soo Do Association, along with, the North American Karate and Fitness schools were founded by Master Oien, in 1990 to keep and hold the tradition and values that the martial Arts are known for. All of the NAKF schools and associate schools strive for that important traditional quality every day in the training the quality of students and the values instilled in the teachings of true traditional Martial Arts.